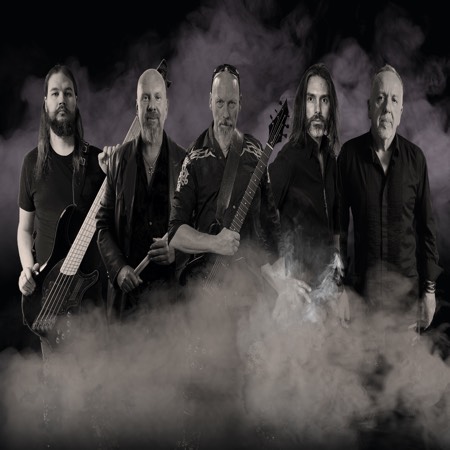 Constancia – Four Swedes and an Englishman

Janne Stark (g, OVERDRIVE, MOUNTAIN OF POWER, ex GRAND DESIGN) is an extremely versatile and busy man. Musician, journalist and author are just a few of his jobs. Style-wise rather classic rock orientated, the guitar player has got a sense and passion for melodic rock, too, which is obvious on the third CONSTANCIA record “Brave New World”. Interviews with this multi-talented guy are always both fun and informative, for sure, too.

Janne, it seems like it takes some time with new material for CONSTANCIA, right?

Well, it took another six years like last time. the first few songs were crafted some years ago but the whole process took up pace last year. We are all active in different settings and bands and then there was corona as well. But at some point Mikael Rosengren, our keyboard player and founder of the band calls and has got a couple of songs ready. He usually writes mid tempo tracks and then I had “Titanium”, a rather fast track. And then there was “Open Your Heart” which was originally meant for HEARTWIND, Mikael’s other band. But this song apparently suited CONSTANCIA better.

Englishman Pete Godfrey from BLOOD RED SAINTS and formerly of IN FAITH has been quite a surprise actually. Without doubt, he is one of the best frontmen in the genre took over vocal duties. How did that change came about?

Our former singer David Fremberg got more and more involved in a band called KISS REGGAE and came to the conclusion to call it a day in CONSTANCIA because not being able to fully contribute doesn’t make sense for both sides. We nevertheless sent him the first demos but he didn’t sing the stuff. Mikael did a few vocal demos and then I remembered having met Pete and already worked with him on other projects. He literally was our first choice and after we sent some demos to England he right away took over, made some little adjustments in terms of lyrics and melody-wise making the tracks “his” to a certain degree which pretty much made an impression on us. The result blew us away. Despite the distance working with him is easy and without any complications and highly effective foremost. You know, CONSTANCIA has never been a band practicing, rehearsing and writing constantly, though.

Is there a keysong on the album? A song that showcases the whole album or is probably most important for you personally?

I think that would be “Brave New World” A song with an epic touch but very melodic, though, and with a little progressive twist. I think those a re the main ingredients in the sound of the band.

The songs “My Disease” with it progressive elements and “Open Your Heart”, which was already mentioned and which offers quite a dark and futuristic approach are pretty unique. What can you tell us about those songs in particular?

Ok, well, the second one mentioned adds an additional sound color to the album. Yes, rather modern but still within the sound of the band. An “My Disease“ contains a few interesting elements and surprising guitar parts. This song has benn changed quite a lot of times and was renamed very often. But when it comes to the solo and I actually never plan something like that and let stuff develop itself, you listen to the very first take actually. It fit the song right away and still does.

What about the two books that are being written at your home at the moment, Janne? You work on yet another edition of your mighty encyclopedia of Swedish hard rock music whereas your wife is working hard on a PRETTY MAIDS biography right now as far as I know.

The two of us are really busy at the moment My project actually is not a sequel to my previous books but rather a glimpse behind the scenes with numerous stories, interviews with labels, producers and the like. My wife Ozzie is also going to publish her book pretty soon. It’s a book that is looking at the career of the Danish band in detail and offers lots of unreleased pictures and so on. There will aslo be a probably complete list (!) of all the gigs they ever played. It really exciting!

You stepped down from guitar duties in Swedish “good times” rockers GRAND DESIGN two years ago which came more or less as a surprise to fans. I perfectly remember the surprise given that fact that I was actually present in Brienz/Switzerland when you all of a sudden played the last gig with the band.

Well, the decision was made prior to that for various reasons and foremost because it didn’t feel right anymore tat the time but I promised to play all the showed that were booked that the time which included the show at Brienzer See Rock Festival you are referring to. Right after this show I communicated it outside the band, too. I am pretty proud on what we achieved with the two records I was involved with but probably it was not a hundred percent that what I wanted to do and to be honest I am probably not the party tiger like others in the band are obviously. But hey, that’s how it it is actually…ha ha…

Janne, you have the privilege to add whatever you like….

Alright…first of all I would like to thank everybody who is interested in CONSTANCIA and I would would like to remember on Neil Merryweather with whom I had the absolute privilege to work on two MERRYWEATHER/STARK records and who sadly recently passed away. As soon as corona allows I will be flying to the States to complete the next record with the guys involved. Luckily, Neil finished his vocal parts on time. We got to talk hours before on the phone he actually passed away and it still feels pretty much surreal… I’m really still under shock to be honest. But going back to CONSTANCIA, I’m happy that “Brave New World” comes out soon and I really hope that the record makes in impact on fans. We couldn’t be happier right now. It’s actually what we are able to deliver and here we are.. 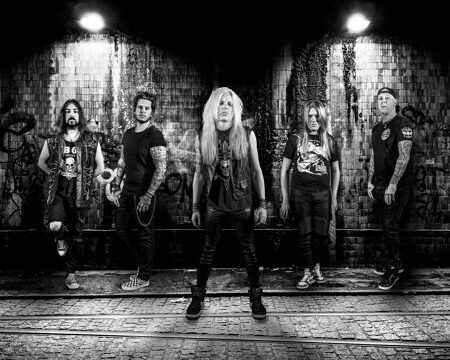 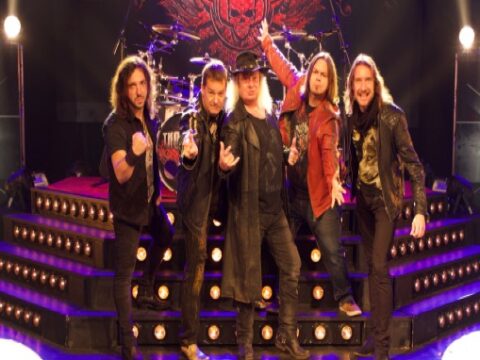 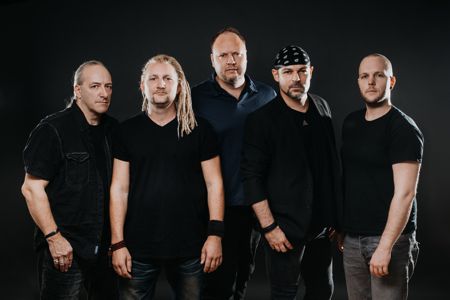 Interview: Mentalist – Now everybody knows us!