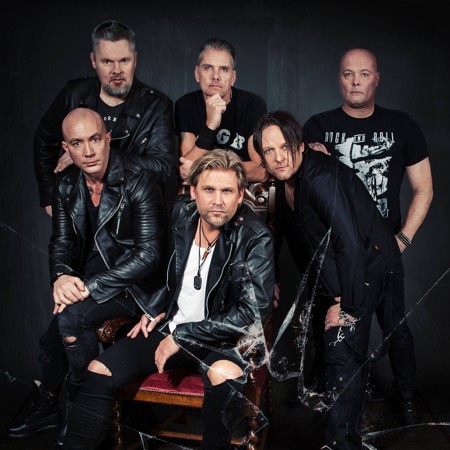 Age of Reflection – Something big coming up from up north!

Swedish band AGE OF REFLECTION and their mastermind Carl Berglund (g) have a real melodic rock/AOR monster at hand that will doubtlessly leave you speechless. “A New Dawn“ will definitely be a true contender for every “album of the year“-ranking of the genre. Needless to say that this makes us call Sweden and ask Carl about the creative process, development as well as the next live adventures.

Carl, what went differently this time? “In The Heat Of The Night“, your 2017 debut album has been a great piece of music – but the new one is nothing but fantastic!
Thanks a lot, Martin! It means a lot to all of us, I can tell you. You know, this time around one of the biggest differences for sure was that on the one hand we played some shows which made us stronger and tighter as a band. So we tried to capture the live energy in the studio, too. And on the other hand, compared to “In The Heat Of The Night“, which mainly featured my ideas and those of bass player Jan Skärming, for the new album basically all members of the band contributed to the creative process one way or the other. Although the basics of the songs are still mine, everybody added some personal flavor which made the overall impression extremely positive and versatile. For me personally, this record means a lot because I changed a lot in my life and put much effort, work and of course, heart and soul into the songs. So, you see, we changed a lot and were able to record in my own, new studio. We were working hand in hand more than ever and I guess, that’s actually what you can hear.

Is there a key song on “A New Dawn“? A song that is most dear to you or a song that pretty much sums up what Age of Reflections is about?
Well, I would say “Stay With Me“ because of being straight and because of its hooklike but also “Go“ because of representing another side of the band, a more modern approach, if you like. But “Here I Stand“, too, which became our first video for “A New Dawn“. The choice was actually really tough but better this way than only having one or two possible candidates, I guess.

Erik Mårtensson of Eclipse and W.E.T. fame is responsible for mix and mastering. He’s amazingly talented but probably pretty busy these days with various bands, productions and projects. How was working with him in general?
From the beginning on, our impression simply was that we have to deliver the best possible material ever for him to put some finishing magic onto. Not only for me but to all of us, he’s the best of the best in the genre. Therefore, it was the next logical step for us to collaborate with him. He’s been an integral part of the strongest pieces of music of the melodic scene over the last couple of years. Working with him was very nice, pleasant and extremely challenging at the end of the day. He was able to incorporate some extra magic here and there. Age Of Reflection as a band pretty much profited from his experience and expertise.

“I Just Died“ is a cover version of one of the greatest eighties songs ever by Cutting Crew, one of the most under-rated bands of that era. Did you receive any feedback at all from them?
No, unfortunately not. But I think this song has been re-recorded and has been covered a lot. Nevertheless, I would be glad to know whether they like it or not. But their management agreed on our version to be published because we obviously did not change it significantly. We made the song a bit faster but apart from that, it’s pretty close to the original. We somehow had a lengthy discussion on what song to cover. We have different influences and backgrounds but when somebody suggested this particular song we looked at each other an felt the same. It’s a good choice. So we immediately agreed. This tune adds a little bit of a different flavor to the record that easily connects with the rest of the material. To me the keyboards are a reminiscent of Bon Jovi’s “Runaway“.

You play your first gig in Germany at the prestigious HEAT-festival at the end of the year after going over to the UK for some headline shows. What can people expect?
Well, our goal is to present the band in the best way possible which means we play a couple of new songs but also the best tracks of the debut, too. We’re right in the middle of rehearsals and can not wait to play because we heard a lot about especially HEAT-festival. We’re very much looking forward to it. When we played Rockingham in England in 2017 everything went fine but I can tell you, we have certainly grown in any way given our current line-up.

Anything left that we forgot? Anything you would like to address to the fans in Europe, especially Germany?
Absolutely! Thank you very much for your interest and support which really means a lot to us. And not only because our label is located in Germany but mainly because you guys over there value original music the way it should be. We appreciate your support very much and can’t wait to play for you. See you! 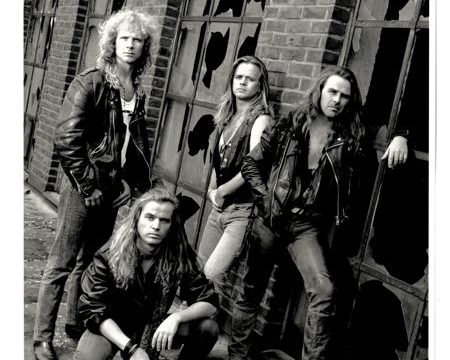 Interview: Return – The Last Chorus Is Yet To Come 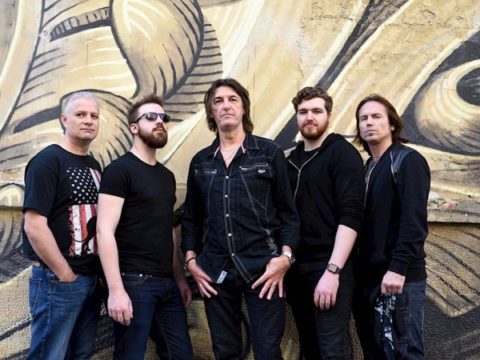 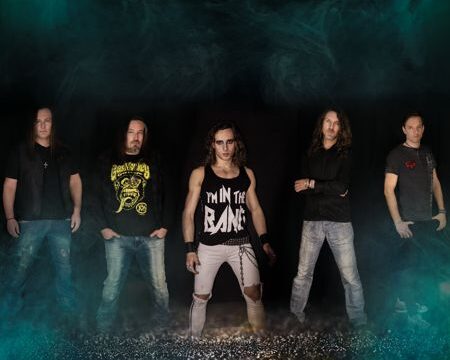