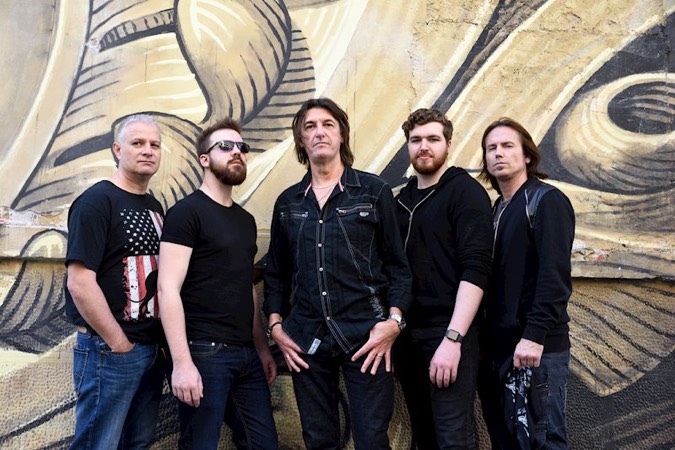 …does the best he can. For more than two decades  now, STEVE NEWMAN pleases his audience with a slice of well-written and executed AOR / Melodic Rock usually every two years. So his new record “Ignition” is no exception. Because my last chat with the man dates from 2006 , it’s about time for the next conversation. NOTE: The interview was done before the corona crisis turned into a pandemic.

Musically, you are a self-made man. Sounds really fascinating creating all the songs, playing and recording the music nearly alone. Only a drummer, in person Rob McEwen, lent a helping hand. Don’t you think sometimes about having a little outside help or are you self-confident enough to do and decide everything alone?

It worked until now. Many many years ago I was pulling against a band because I wanted more control. I managed to pull free and build up my own recording studio to create my own songs. Back in the day for the first CD, I looked for a lead singer because I saw myself as a keybord and guitar player and I wanted MARK THOMPSON-SMITH to do the job, but he was busy with PRAYING MANTIS at that time. Because I had all the lyrics and melody lines written already, I gave myself the job. Of course. I don’t have the range of people like RICHARD PAGE or STEVE LUKATHER, but I sang a lot of backings in my previous bands. So it works for twelve studio albums now and I managed to build up a growing and loyal fan base. The only thing I can’t do are the drums, so I have Rob. For touring commitments I have my live band, basically the same for years. The guys are very good friends now and I consider myself being a band member. I try to give everybody the room to shine and they love it.

MARK THOMPSON-SMITH who does a lot of background vocals for you is an excellent singer in his own right. Why don‘t you write him a bunch of great tracks and help him continuing what he once began more than 25 years ago with PRAYING MANTIS?

As you know Mark and I did the BIG LIFE record together back in 2008 to 2010. It is a fine album, sadly not sales-wise, but artistically. We‘ve talked a few times about a follow-up but because of our busy schedules we didn‘t find the time yet! We both know that the creating and recording would take much longer as doing a NEWMAN album. Mark has his ideas, I have mine. Can‘t even remember who did what on the first album. It has a lot more American influences.

Tell me about your songwriting – do you sit in your studio and jam around on your acoustic?

Yes – that’s basically the beginning. But I have a template here in my studio for a piano and I can record all of my ideas immediately. So I collect pieces here and there and listen to it after six months and if I find a melody good enough I work on it. Try to cut down all the tunes to about 18 to 20. Then I have Rob involved to do the drum recordings which I have to engineer afterwards. Followed by another cut (15 to 16), for which I try to write the lyrics and melodies. And afterwards comes the decision to get the right 12 or 13 tracks which will lend up on the album!

You sometimes write songs for other artists as well. If you have written a tune, how do you know if you will use it for yourself or give it away?

I have a great confession in my writing and if the songs proposed for other artists are denied for whatever reason I take the tune for myself. I have written a lot for Frontiers Records in the past and they didn’t use all of my tracks I offered them. But I wrote three songs for the last TOBY HITCHCOCK-CD and don’t get me wrong – he did a wonderful job singing and Daniel Flores wonderfully produced them. But “Promise Me” needed to be recorded for my “Ignition” album in the way I initially planned it.

Reason we are doing this interview is your excellent new effort “Ignition”. What do you think is the main difference (if there is one) to all the predecessors?

Since the preparation of the “Decade II” compilation I was involved in a total different project covering my early influences like RUSH and Progressive Metal stuff. We are at the negotiating process for a deal at the moment and the whole album was done with a singer who had never seen a recording studio before. (Note: STEVE is talking about COMPASS and the album will be released through Escape Music hopefully in April). After that I found it quite refreshing to return to my NEWMAN “routine”. The songs flowed in rather naturally and I tried not to leave the path too much. Lyrically it’s rather “tame” dealing mainly about relationships. I tried to use some of my influences with “The Island” (TOTO) and a bit of DAN REED NETWORK on the title track. For “Chasing Midnight” I tried to transport influences of my first album into the here and now. I think it’s a very strong CD and I managed to feel comfortable when recognizing I had written some memorable tunes. If I don’t write what’s in my heart – how can I expect my listeners to feel close to my music?

Talking about my personal highlights of “Ignition”. I have to mention the surprisingly poppy title track, the opener “End Of The Road”, the HAREM SCAREM-esque “Chasing Midnight” and especially “Worth Dying For”. Statements on my choice, please!

We checked “Ignition” in a live situation in Greece already. I gave the guys five or six songs to get comfortable with. They were absolutely enthusiastic with this song. Dave Bartlett added a cool bass line. Shaun Bessant (2nd guitar player) obviously wasn’t too impressed because he hasn’t got a lot to do. He just stood around and looked pretty. I think it will definitely become a live favorite. “Worth Dying For” was chosen by Georg from AOR Heaven as the first single and I’m glad he likes it. To be honest – I had already done all the preparations because I felt the same. Great live tune as well – we played it in Greece, too.

Which of the tunes on the album mean the most for you personally and why?

“Moving Target” was planned as the opening track but I removed it into the middle to lift the album there. “The Island” is a song about our second home Antigua and I always wanted to write about it for a long time. If I go there, I usually listen to a lot of TOTO, because STEVE LUKATHER is such a massive influence of mine.

You mentioned STEVE LUKATHER and I have to make you another compliment for your guitar work. It’s getting better and better all the time!

Thank you. Don’t get me wrong – I love technical guitar players. But I prefer the work more emotionally. I am the singer and I am emotionally present and know exactly what to do at the time of the solo. Technically, I’m surely not the best player in the world but I know what my songs need.

Your play sometimes reminds me of MIKE SLAMER!

Oh yes, another guitarist who plays with feel although he is very good technically. Thank you to mention me in a row with him!

I know your Japanese fans pay much more for a CD than the listeners in Europe. So have you got any bonus material for the people in the land of the rising sun?

There is no deal secured at the moment because the company we worked with before has its problems. If it comes to a release, I have a song prepared.

How is your status in Japan? Are you selling more albums there than in home territories?

Definitely not. I only got my albums released over there from time to time. The fans seem to me more Metal-orientated. But there probably is an exception to every rule and we’d see what the future brings. I’d absolutely love to play live in Japan!

You released two double CDs named “Decade” after every ten years of your career. The bonus tracks on both compilations are often so good that a lot of other musicians would kill if they could create even one track in the quality of your “leftovers”. Isn’t it difficult to decide which freshly written songs will land on the upcoming CD?

Yes – sometimes. For the “Ignition” album I had about three songs left which I surely will rediscover when it comes to “Decade III” in 2027/2028. All my music has its time and because I’m always using freshly created tunes for each CD, I decided to come up with these “Decade” compilations as a possibility to use the “old stuff”! 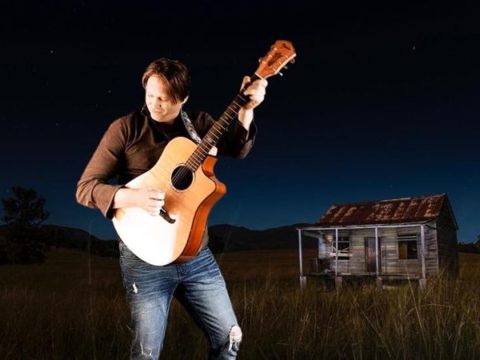 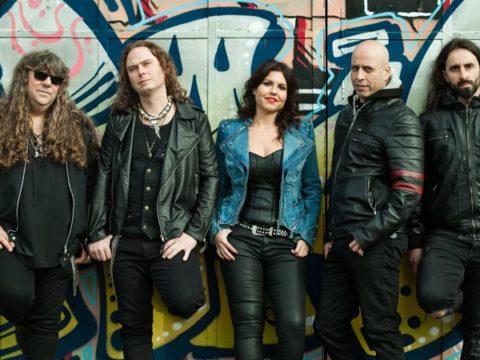 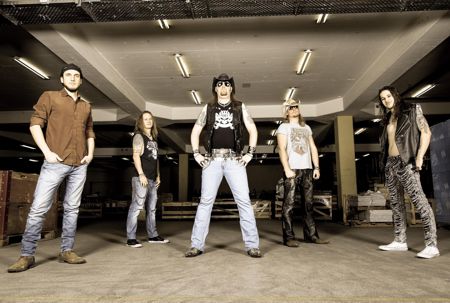