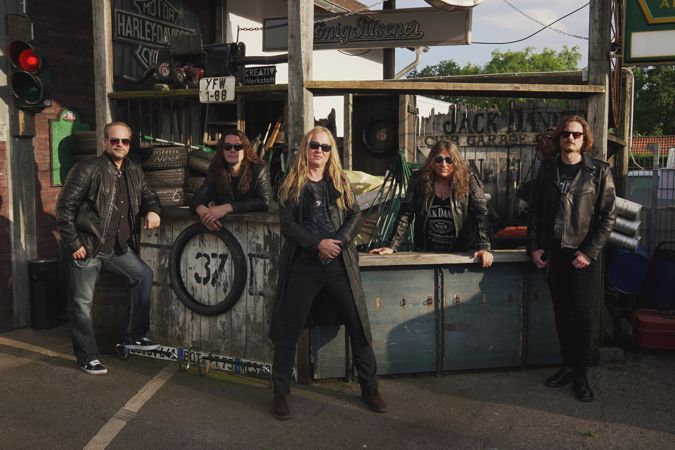 German singer MICHAEL BORMANN (ex JADED HEART, REDRUM) without doubt is one of the best in the genre and for a long, long time. “Feels Like Yesterday“ is a great trip to the sound of the old JADED HEART days. Therefore, it’s only logical to call the new outfit MICHAEL BORMANN’S JADED HARD – especially when there is a former musician like Chris “Hexe“ Ivo (keys) involved, too. No pun intended here, or well, does it actually really matter?

Michael, the name of the album and certainly the name of your band is no coincidence, I guess… How did this and the album in general come into being?
Well, of course not! But to stay away from legal issues we decided to use a different spelling but musically the idea obviously was to go back to the sound of the band when I was part of it. And when it comes to booking it’s no disadvantage, too. People seem to like what we did back in the day and I started to write songs in that very style. There have been two dozens tracks of which one half ended up being on the album. We realized that more people than on my solo concerts showed up when we used the reference to Jaded Heart like we already did at Heat festival two years ago and why shouldn’t we do it? I have been working very hard to establish the name Jaded Heart for some fifteen years.

Going back to a certain sound or name might evoke some kind of pressure. Did you experience something like that?
Actually not! I am doing this for so long and even back in the day with the first two albums we always had songs aside the usual stuff. I’m writing songs with the aim to write the best song ever. This is my approach. Once I have twenty or thirty songs ready, I realize which of the material is the best and those are the tracks that end up being on the album.

Is there a key song in your opinion? A song that represents the album best or sticks out in any other way?
That’s always a tough question because all the songs mean a lot us. I usually have the music first and then comes the lyrics. “It Feels Like Yesterday“, the title track, probably reflects on seeing some people again at shows who haven’t been there for like fifteen years.

“We’d Still Make It“ surely is one of the tracks which need to have a certain personal background or is possible to write such an emotional number right away?
Basically, yes! But, of course, we all have a life experience and can relate to certain situations, feelings or people. And like I said, the music comes first which makes it easier.

The artwork is none but outstanding, though. It perfectly fits the name and the album title, too…
Thank you, Martin! We told the artist about our approach and he presented a few suggestions and we immediately got stuck with the one we used. We didn’t give him too much details but he came up with a very nice result. He knew roughly what the titles where and that’s how his ideas came about. I thought of making a vinyl, too, but as I am artist and label at the same time we have to wait and see how it works out and maybe the vinyl comes later. I would love to do it but the financial risk at this point of time is too high. But being a one man label, which I am since 2006, is a lot of work I can tell you.

A word on Redrum? Are you still involved in the Greek band?
Yes, I am. We are going to the studio pretty soon. It’s always a lot of fun working with the guys who I also produce and sing for, first as a guest but with the second album as a full member. We are probably start working again on songs in February. I had some new equipment installed in my studio and can’t wait to start again.

Finally, I would like to ask you – with a few years in between – would you participate in a show like “The Voice Of Germany“ again? Obviously pure musical talent and a great voice is not enough to advance in that type of show…
We had good talks and there were no hard feelings. At the end of the day, I used it as a promotional tool to spread my name and music a little bit further and especially beyond the melodic and hard rock scene. I am certainly not the type of artist that they were looking for most. You get hundreds of pages of contracts in which you basically give away the rights on everything you have published so far. For a fresh and new artist that might work but not for someone like me. So for me it wasn’t about winning the contest from the beginning. During my participation, for example, I was not allowed to sell my stuff for one year. So basically the whole thing cost me a lot of money. So, no, I would not do it again. In general, there is only one decision I made in the past that I regret and that’s not signing a contract for Japan with the second Jaded Hard record. They wanted to have worldwide rights and we didn’t agree back then. We would have toured Japan and so on but well, that’s life. 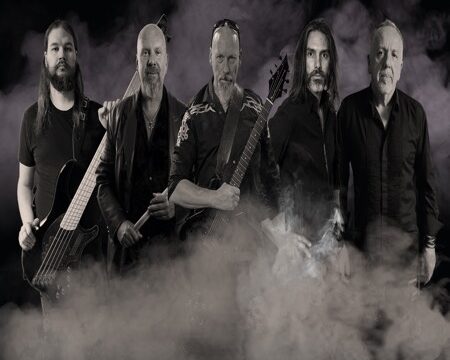 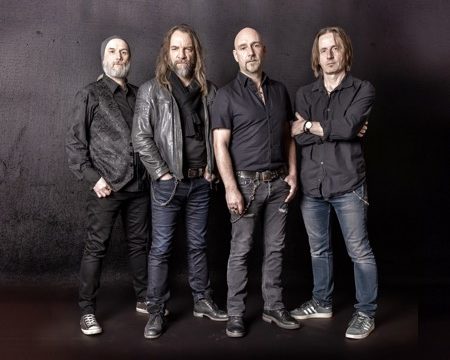 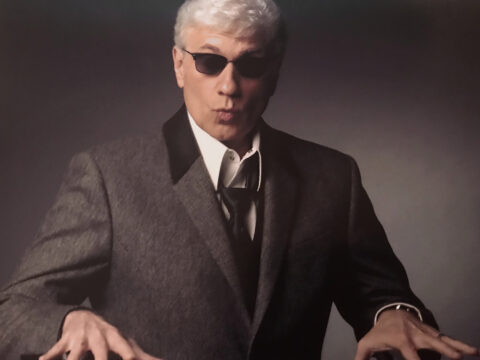